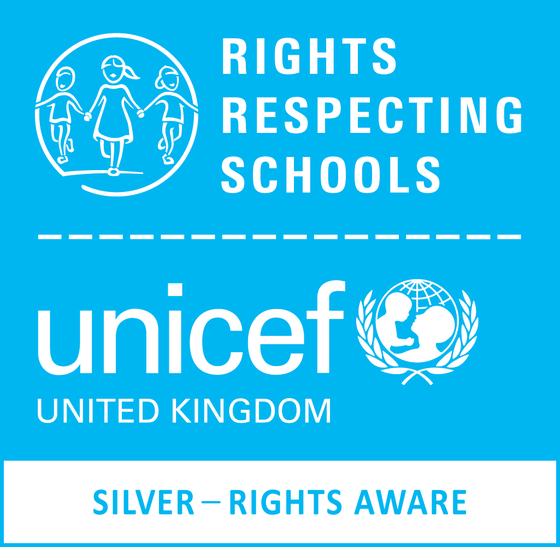 In July 2018 Greet was recognised as a being a Rights Aware school by UNICEF. Our Silver Award acknowledges that our school community is fully aware of the articles enshrined in the United Nations Convention on the Rights of the Child (UN CRC) and that these articles are reflected in the school's ethos, practice and envirnoment.

'The senior leadership team are totally committed to a rights respecting ethos and believe that it has had a positive impact on the school community.'

'Children at the school have a very good knowledge and awareness of the Convention. They are able to recite particular articles and are clear that they unconditional and universal. Children demonstrate and awareness of where and why some children may not be able to access their rights.'

'Student leadership is a strength in the school and pupils are able to voice their opinions and make decisions. Through Curriculum Studies pupils are encouraged to have more collaboration and pupil led approaches. The School Council has organised voting, for instance when they selected charities to support, to increase pupil participation. Through rights respecting, members of the student council have taken part in debates and delivered speeches at the Birmingham City Council.'

Changes since partaking in the award:

Example of assembly plan with references to the UN CRC

Examples of parent newsletter with 'Right of the Week Article'

At Greet safeguarding of pupils is at the forefront of everything we do. Check out our safeguarding page for the latest information and advice.

Unfortunately not the ones with chocolate chips.

Some cookies are necessary in order to make this website function correctly. These are set by default and whilst you can block or delete them by changing your browser settings, some functionality such as being able to log in to the website will not work if you do this. The necessary cookies set on this website are as follows:

Cookies that are not necessary to make the website work, but which enable additional functionality, can also be set. By default these cookies are disabled, but you can choose to enable them below: